Warning: Cannot modify header information - headers already sent by (output started at /home/eqliyxzt/newsoftheworld.live/wp-includes/blocks/shortcode.php:31) in /home/eqliyxzt/newsoftheworld.live/wp-content/plugins/jnews-weather/class.jnews-weather.php on line 70
 Prof Prem Sikka: We can raise lots of money without taxing the masses – News of the world
No Result
View All Result

Prof Prem Sikka: We can raise lots of money without taxing the masses


A clampdown on tax avoidance would raise billions. 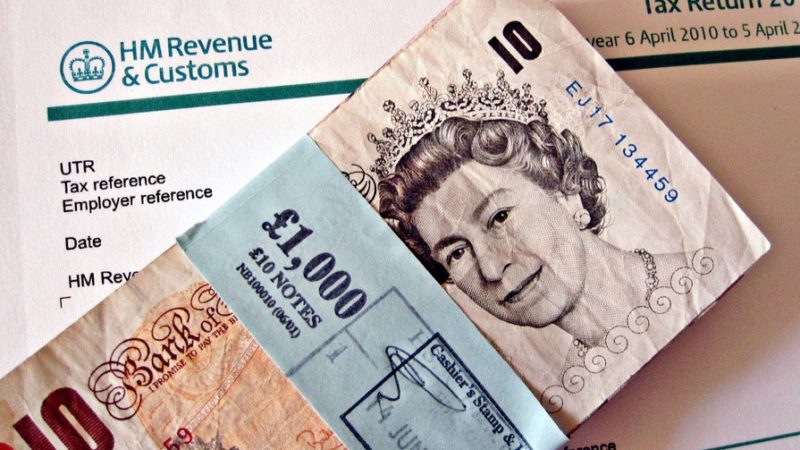 In the middle of the Covid pandemic, the UK government is conducting a Spending Review and will announce its plans on 25th November. The review should consider policies needed to provide jobs, revival of the economy and public services.

However, the government has already flagged some of its decisions to deflect attention away from its disastrous handling of the Covid pandemic and related economic crisis.

A report by the National Audit Office has criticised the government for handing multi-million personal protection equipment (PPE) and related contracts to cronies. There was little transparency and accountability. Some contracts were backdated and many had no supporting documentation or justification for selecting a particular supplier.

The government could not find money to provide free school meals to hungry children or provide financial support to millions of self-employed and employed people. However, whenever in trouble, Tories seek refuge in nationalistic garbs.

Unsurprisingly, the government has announced that it will spend an additional £16.5bn on defence over the next four years, but did not explain why over the last decade the defence budget has been reduced by £8bn in real terms. There is little detail of how the money will be raised and why military-spend is being prioritised

Another populist announcement is to spend £12bn on green industrial revolution over an unspecified period and in the hope of creating 250,000 highly-skilled jobs in sectors such as energy production, electric vehicles, public transport, insulation and tree planting. Only £3bn is new money. The remainder is a recycling of previous announcements.

The expert opinion is that the cumulative carbon savings from new policies will not be enough to meet the UK’s current climate targets. In sharp contrast, the European Union is putting together a €750bn package for economic recovery and a third of it will be dedicated to the Green economy.

The post-Second World War economy was built with active investment by the state in healthcare, education, biotechnology, information technology, telecommunications, steel, shipping, railways, airlines and much more – especially as the private sector showed little appetite for investing in emerging industries.

The same is necessary now and an industrial strategy for investment in new industries and manufacturing to create well-paid skilled and semi-skilled jobs is needed, but there is little sign of it.

The Spending Review is intended to only consider the departmental spending plans for the year ahead, though the announcement of the defence and green-spend seems to have broken the government plan. The emphasis on just ‘one year’ will make it very difficult for local authorities, the National Health Service, education and other public services to plan ahead with any degree of certainty.

Nurses, doctors, teachers and many public sector workers have been in the front line of defence against Covid, but they won’t be getting a decent pay rise soon. The government says that “we must exercise restraint in future public sector pay awards”. Another spending axe is likely be wielded at local authorities and pubic services.

There is talk of imposing a higher rate of income tax upon workers earning more than £19,500 per annum. This disastrous policy would deplete people’s purchasing power and will not aid economic recovery. The government has numerous policy options.

The proponents of modern monetary theory would argue that up to a point the government can create its own money. Quantitative easing can be used to finance new industries and purchase equity stake in newer industries. It can also be used to buy-up debts of the less well-off to give them a new start.

The government can also borrow money to finance economic regeneration and social cohesion, especially as the current bank rate is at a historically low rate of 0.1% and has been at 0.5% or less since March 2009. The debt can be repaid over several decades.

Neoliberals allergic to any of the above can consider raising revenues through taxation, but there is no need to impose higher taxes on the masses. During the last decade, HMRC has failed to collect around £300bn of tax revenues due to avoidance, evasion, errors and other reasons. Other models put the estimate at between £586bn and £1,220bn. A clampdown on tax avoidance would raise billions.

In 2018-19, £38bn of tax relief on pension contributions was given. 10% of taxpayers, high earners, received 50% of the relief. Others received little. By restricting the tax relief to 20%, the basic rate of income tax, for all pension scheme contributors, some £11bn surplus can be generated

The Spending Review is a chance to rebuild the economy and the government needs to bold.

As you’re here, we have something to ask you. What we do here to deliver real news is more important than ever. But there’s a problem: we need readers like you to chip in to help us survive. We deliver progressive, independent media, that challenges the right’s hateful rhetoric. Together we can find the stories that get lost.

We’re not bankrolled by billionaire donors, but rely on readers chipping in whatever they can afford to protect our independence. What we do isn’t free, and we run on a shoestring. Can you help by chipping in as little as £1 a week to help us survive? Whatever you can donate, we’re so grateful – and we will ensure your money goes as far as possible to deliver hard-hitting news.