Warning: Cannot modify header information - headers already sent by (output started at /home/eqliyxzt/newsoftheworld.live/wp-includes/blocks/shortcode.php:31) in /home/eqliyxzt/newsoftheworld.live/wp-content/plugins/jnews-weather/class.jnews-weather.php on line 70
 Exclusive extract from The Road Book 2020: In the Winners' Words – News of the world
No Result
View All Result

Exclusive extract from The Road Book 2020: In the Winners’ Words 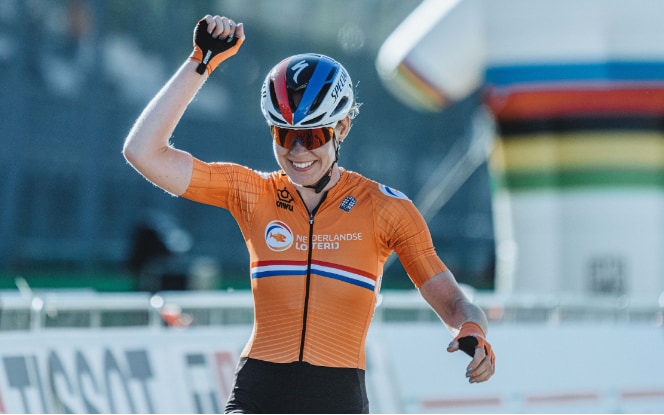 Before the Giro it became clear that the World Championships were really going to take place. My main goal during the Giro was finding my best possible form. I think taking advantage of a rider who crashed [Annemiek van Vleuten, who was leading the Giro at the time] sounds really strange. I just focus on my own race and do the best I can. I was really happy that I started to feel very good in the last hard stages.

In a time trial you always go to the limit. That’s why a recon is really important in this discipline; I like to know on every corner how fast I will go in the time trial. Controlling your bike is always part of cycling. Of course, I always hate it when somebody crashes and gets hurt. But winning it was a big dream. It was a really special moment.

Before the road race, I felt good because I had just become a world champion and was in good form. I liked the road race parcours, and we had a motivated and strong team. It was a big chance – maybe my last one to become world champion on the road. My Boels Dolmans teammates were there, which was really nice. I race with these girls through the whole season and it’s sometimes strange not to be able to ride these important championships together. On the other hand, it is also very special to ride with the best Dutch riders in one team – riders who are normally my rivals. I am very grateful they sacrifice their own chances for me, knowing I will be their rival again for the rest of the season.

The parcours was already hard but we planned to start our attacks in the fourth lap. Because Annemiek and me were both in a position to win, we agreed that we both would try to attack and would find out who was the strongest. The race went exactly like it was planned. I was totally empty in the end.

I couldn’t really believe that I was a double world champion within three days. I still would like to do the Olympics. Then I am looking forward to starting a new chapter in my life with different challenges and hopefully less suffering… But 2020 was my best season ever.

The Road Book is delighted to present Telegraph readers with an exclusive offer. Go to www.theroadbook.co.uk  and use code RBTELE20 to purchase a First Edition copy and to receive a free musette worth £7.50 and complimentary shipping (UK) worth £6.95​