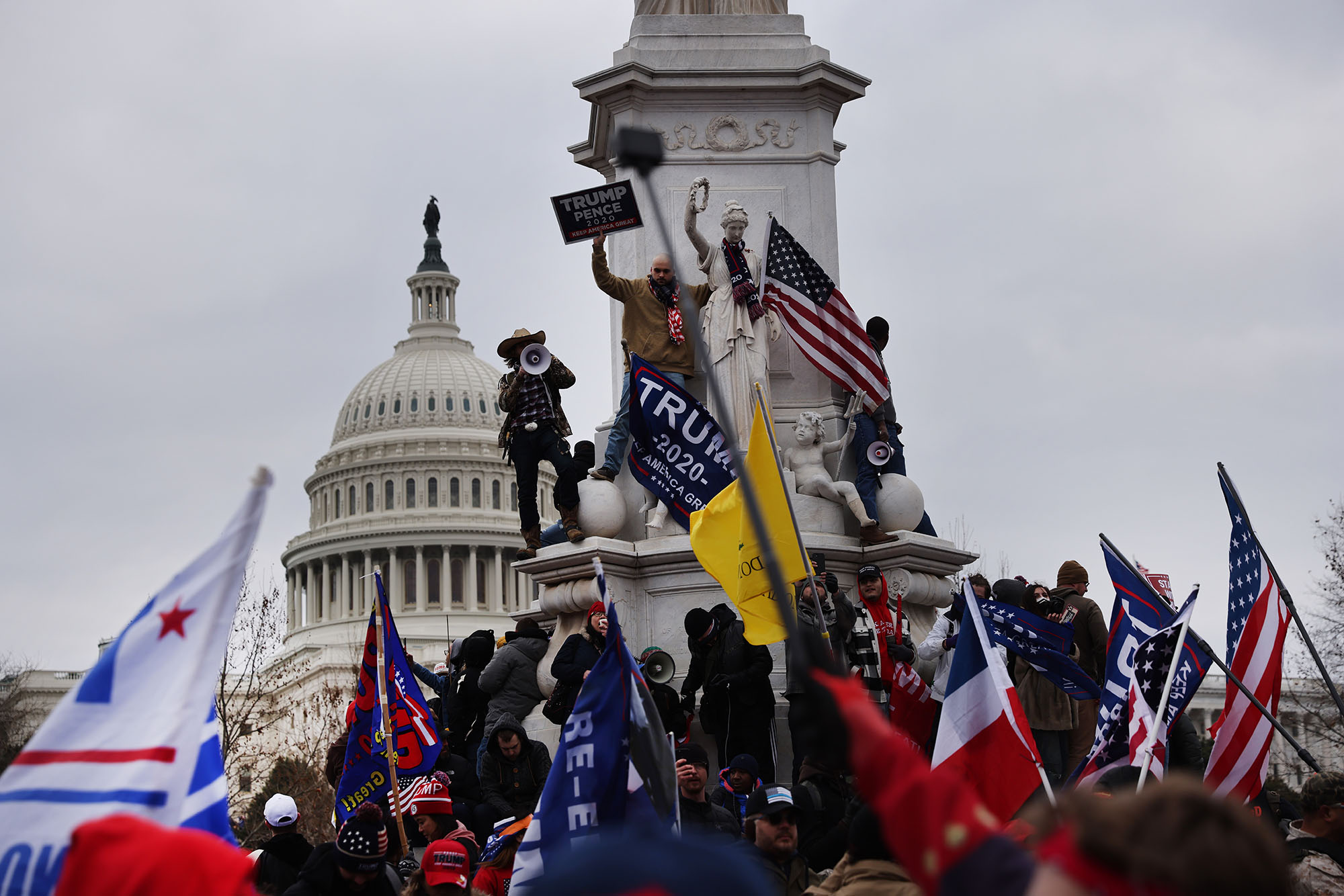 H.A. Hellyer, a Cambridge University fellow, is a senior associate fellow at the Royal United Services Institute and at the Carnegie Endowment for International Peace. He tweets at @hahellyer.

In Washington, what was supposed to be a formality in the transition of presidential power from Donald Trump to Joe Biden turned into a spectacle of the highest order: A lame-duck commander in chief encouraging his followers to disrupt the outcome of a democratic election and storm the nation’s institutions.

Order was, eventually, restored and Americans breathed easy again. But is it really all over, or is it just beginning?

Many Americans, watching the horrific events unfold on their television screens and on social media, characterized the violent display as “un-American” — something that would happen somewhere in “the third world,” or more specifically the Middle East.

It’s tempting to make that comparison, especially as we have often come — wrongly — to associate chaos and mayhem with the Arab world. Many will want to find comfort in the notion that this isn’t really America — as Biden said in a televised address Wednesday — and that America is better than this. But we should not allow our shock over these images to distract us from taking a critical look at what has happened.

The reality, of course, is that this is America.

The victories of Democratic Senate candidates in Georgia earlier the same day had reminded people of a different side of America: the tenacity of Stacey Abrams, who organized so effectively in Georgia, is America. The stubborn commitment to the civil rights struggle of Malcolm X and Martin Luther King Jr. — that too is America.

But the riots in the nation’s capital showed that the assault on democracy carried out by Trump and his supporters is also America.

I have lived through and experienced two successful coups in my lifetime, and observed others from afar. On a purely technical level, what was attempted in Washington on Wednesday was an attempted coup — there’s really no point in debating that point.

It may not have been a successful coup, but its failure wasn’t inevitable. As legal scholar David Green noted, an essential constitutional step in a peaceful transfer of power was disrupted. Had that step — the certification of the electoral college votes — been left unfulfilled, Biden’s inauguration on January 20 would have been uncertain. Let us keep in mind, there were not a few Republican politicians who continued to question the legitimacy of the electoral process on Wednesday.

Moreover, the disruption was deliberately incited by the president, who has taken every opportunity to sow doubt about the integrity of the process in order to remain in power. The forces of populist nationalist authoritarianism butted up against constitutionalism — and as Green wrote, it was not inevitable that constitutionalism would win.

Of course, we should be precise with our language, so as not to dilute the meaning of words like “coup,” or “fascism.” But raise the bar too high and it becomes impossible to meet. When we fail to call events or figures out for what they actually are, we invite them into the mainstream.

This is what happened with America’s far right over the past four years. It has become normalized to the point where the storming of the Capitol by an extremist mob was supported by 45 percent of Republican voters. This too is America.

Unless we recognize — and appropriately penalize — the fact that rioters were applauded by the U.S. president and egged on by other Republican leaders, we will only see more violence. The rioters’ vandalism of the house of American democracy may come to seem a minor transgression in comparison to what happens in the future.

It is urgent, too, that we recognize that this is not simply about America.

Europe’s far right is watching very closely, as it has been since Trump won the Republican nomination in 2016. Over the past four years, we’ve seen European far-right parties’ presence and agendas become normalized on the Continent. And while they may be disheartened that Trump lost this battle, they are unlikely to give up on the larger cultural and political war they are waging.

It’s a war that politicians and civil society leaders on both sides of the Atlantic — and internationally — need to take seriously. It pits those who would accept white nationalism (read: white supremacy) as a governing principle around which Western societies ought to be organized against those who reject that nation.

The West must send a clear signal about its future. Either we now face our demons and reject the mainstreaming of the far right, or we are forced to admit that we have already lost the struggle — because we insisted for too long that it didn’t exist.

Simple and Effective Ways to Lower Your Cholesterol