Warning: Cannot modify header information - headers already sent by (output started at /home/eqliyxzt/newsoftheworld.live/wp-includes/blocks/shortcode.php:31) in /home/eqliyxzt/newsoftheworld.live/wp-content/plugins/jnews-weather/class.jnews-weather.php on line 70
 How close is California to bending the coronavirus curve? – News of the world
No Result
View All Result

How close is California to bending the coronavirus curve? 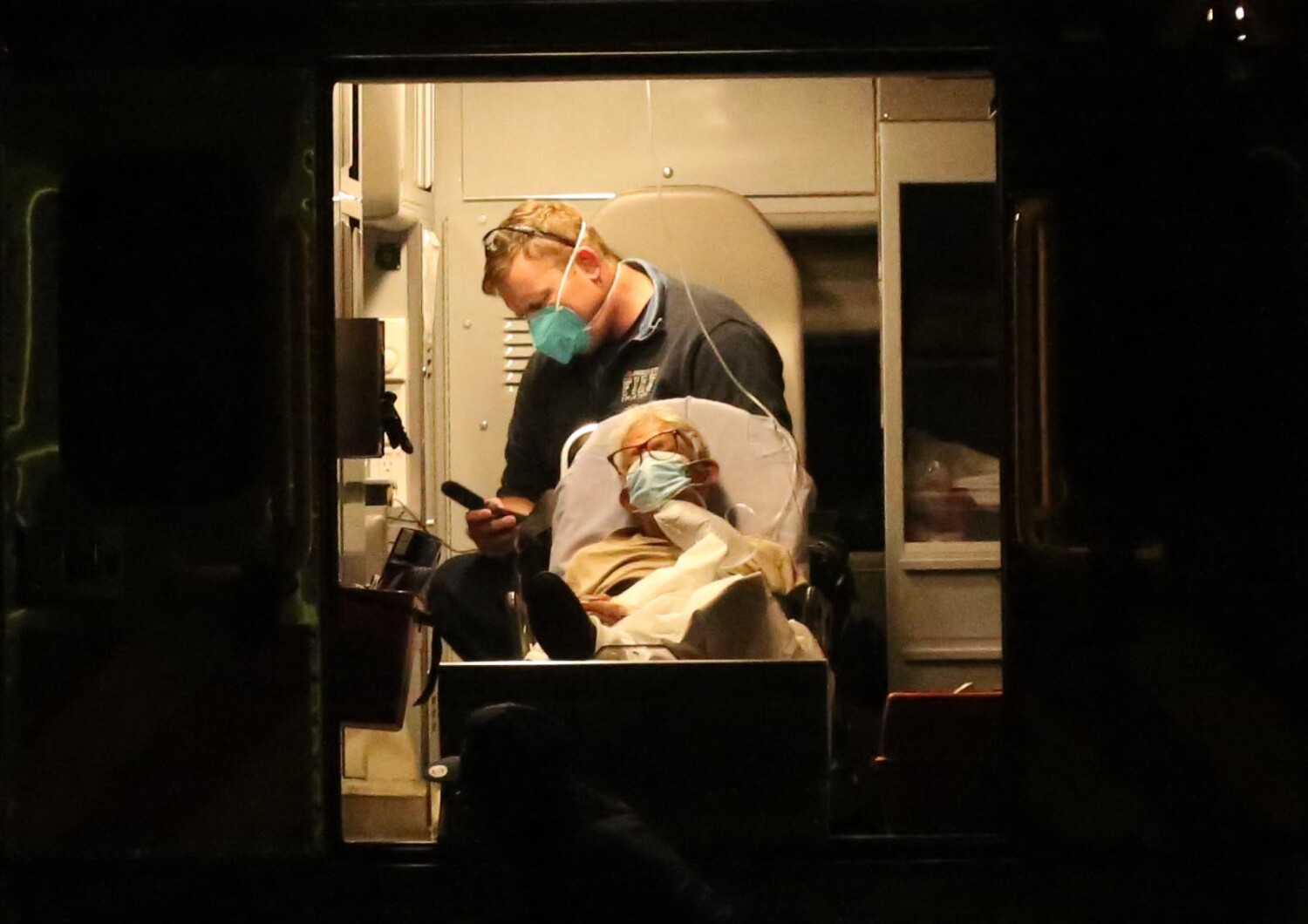 In a nation wracked by a long-feared winter surge of the coronavirus, California has emerged as the emblem of the pandemic’s devastation.

The state has had some of the worst outcomes: morgues filled, hospitals overwhelmed, oxygen in short supply.

But that is slowly beginning to change — especially in Northern California.

Still, it’s far from clear the state is fully rebounding. Officials hope that stay-at-home measures and changes in behavior can, over time, bend the curve. The latest restrictions went into effect in late November, but holiday gatherings, shopping and travel are believed to have fueled the new spike in coronavirus cases.

The post-Christmas surge is the biggest concern for public health officials, who worry what additional infections will do to hospitals already deluged with patients.

The hope is that by February there will be some relief as case numbers begin to stabilize.

Here is where we are in the coronavirus crisis and where we could be headed:

Of the 50 states, 49 are either in a surge or recovering from one, said Dr. George Rutherford, an epidemiologist and infectious diseases expert at UC San Francisco. Hawaii is the only state not in or immediately out of a surge.

“Cases are all over the place,” Rutherford said, “with many in the Southwest — in Arizona, Southern California; a little in New Mexico and southern Nevada — but also across the mid-South.”

In recent weeks, hospitals in Phoenix began turning away some ambulance patients from emergency rooms, according to the Arizona Republic.

There are some signs of improvement in California.

The number of coronavirus-positive patients hospitalized throughout the state has plateaued at just under 22,000, and new COVID-19 admissions also have declined — from roughly 3,500 a day last week to between 2,500 and 2,600, according to Dr. Mark Ghaly, California’s Health and Human Services secretary.

The rise in the rate of COVID-19 hospitalizations has slowed, and Ghaly said that was “a very encouraging sign, but we’re not out of the woods.”

“We know that there’s still a lot of COVID in our communities, that people can easily transmit it.”

As Gov. Gavin Newsom said Tuesday: “California remains in its most intense surge to date.”

The state posted high single-day counts Tuesday for both coronavirus cases and deaths, with both numbers well above the daily average.

A daily survey conducted by The Times found 53,260 coronavirus cases — the sixth-highest single-day tally — and 678 deaths reported Tuesday. The death toll was the second-highest of any single day in the pandemic, eclipsed only by the count Friday, when 685 fatalities were recorded.

Tuesday marked the first time that California recorded an average of more than 500 COVID-19 deaths a day over a weekly period. A Times analysis found the state was now averaging 520 deaths a day — roughly equivalent to one Californian dying every three minutes.

Southern California is still being slammed by the coronavirus. The post-Christmas surge has worsened, but it’s still not clear how hard it will hit hospitals, which are already at critical levels.

Though the number of COVID-19 patients hospitalized countywide has stabilized recently, at just shy of 8,000, the sustained increase has forced some county hospitals to set up beds in hallways and gift shops and keep some patients waiting in ambulances for as many as 17 hours before space in the emergency room opens up.