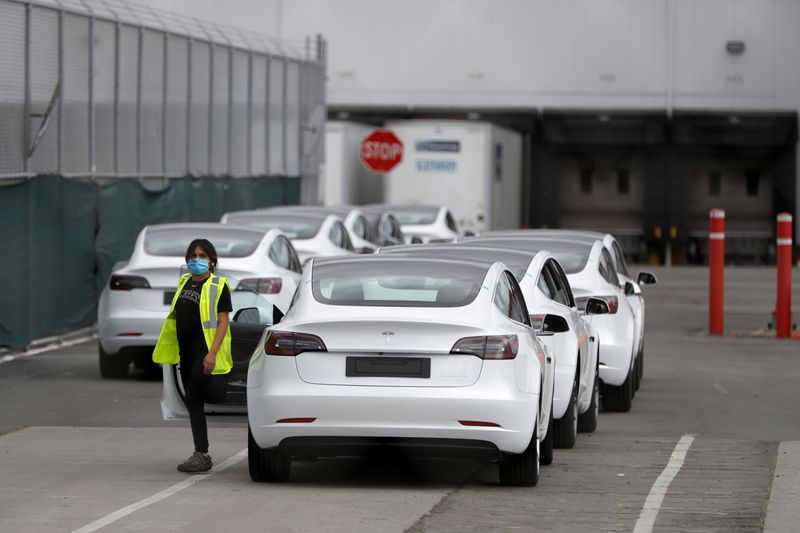 The recommendations follow a series of NTSB investigations into four Tesla (NASDAQ:) electric vehicle battery fires on U.S. roads in 2017 and 2018, including three high-speed crashes in which the lithium-ion battery reignited after firefighters extinguished fires.

Tesla and a group representing nearly all other major automakers did not immediately comment.

The agency added that “in addition to hampering efficient extinguishing of high-voltage lithium-ion battery fires, the lack of clear, vehicle-specific firefighting information can lead to confusion or inadvisable action on the part of first responders.”

In 2018, there were 212,500 U.S. vehicle fires that caused 560 deaths, the National Fire Protection Association (NFPA) said. Gasoline ignited in more than half of all vehicle fire deaths. NFPA said existing data collection systems have not yet adequately captured the frequency of EV fires.

NTSB also urged NHTSA to convene stakeholders to continue research “on ways to mitigate or deenergize” risks from high-voltage lithium-ion batteries and to reduce hazards after high-speed EV crashes.

A NHTSA spokesman did not comment. The agency said Friday it was establishing its Battery Safety Initiative for Electric Vehicles to coordinate research and other efforts.