Wings Over Scotland | The appetite for truth 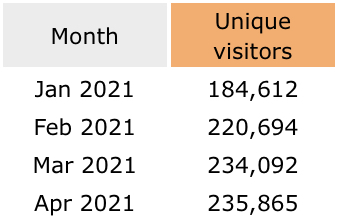 Despite having considerably fewer posts (46 to March’s 69), April saw the highest number of unique visitors to the site in close to three years. And that’s even more remarkable when you consider how hard just about everyone is trying to stop them.

A few days ago, for example, we got banned from Facebook for three days for calling the horrible racist misogynist midget Patrick Harvie a weasel. 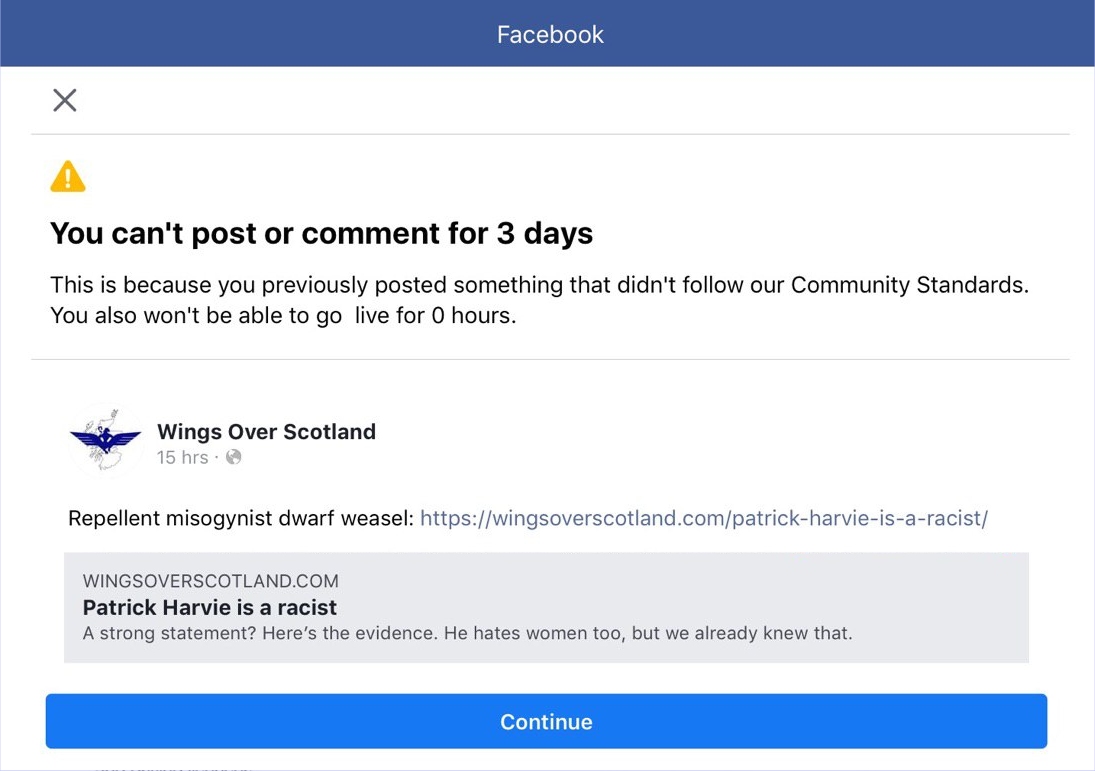 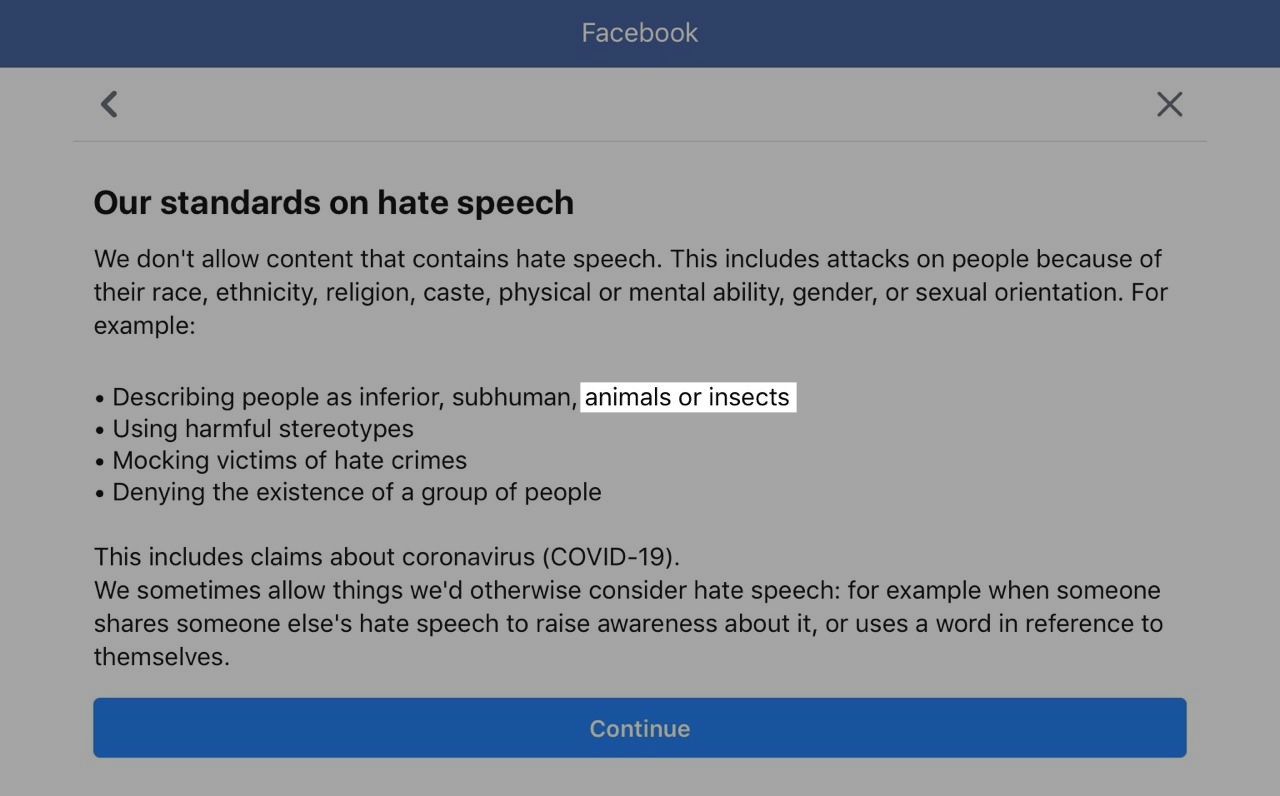 (We assume Adam And The Ants fan pages must be having a terrible time.)

When the ban ended we posted the two images above – nothing else – to explain to people why we’d been gone for a while and hadn’t been posting links. Within minutes we got banned again, this time for seven days, literally just for explaining why we’d been banned previously, because apparently Facebook now classes its own user notices as “hate speech and inferiority”.

And of course it’s a matter of record that we’ve been banned from Twitter since late 2019. The Twitter link on our front page now links to various Wings-friendly or otherwise informative accounts readers might wish to follow (the first was Friends Of Wings, the group who run the unofficial Wings stall at marches and the like, and currently we’re firmly recommending the lively Kings Over Spotland), which sends SNP supporters into shrieking paranoid McCarthyite frenzies and frantic attempts to get those accounts shut down too. 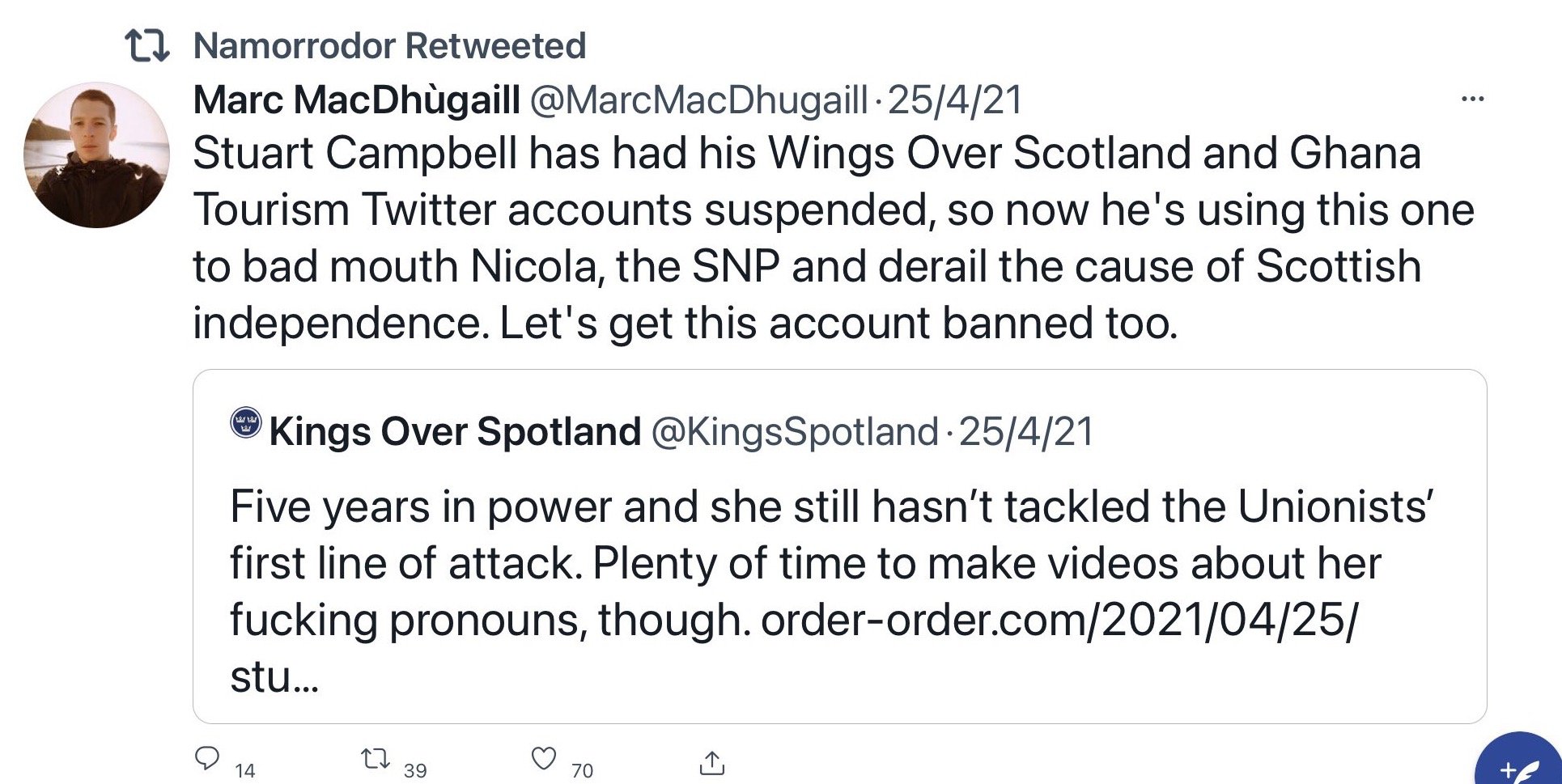 And of course we know that no lesser a person than the First Minister herself made a rare extended appearance at a meeting of the party’s National Executive Committee to issue a fatwah that no party member must be found reading or linking to or retweeting Wings, on pain of expulsion. 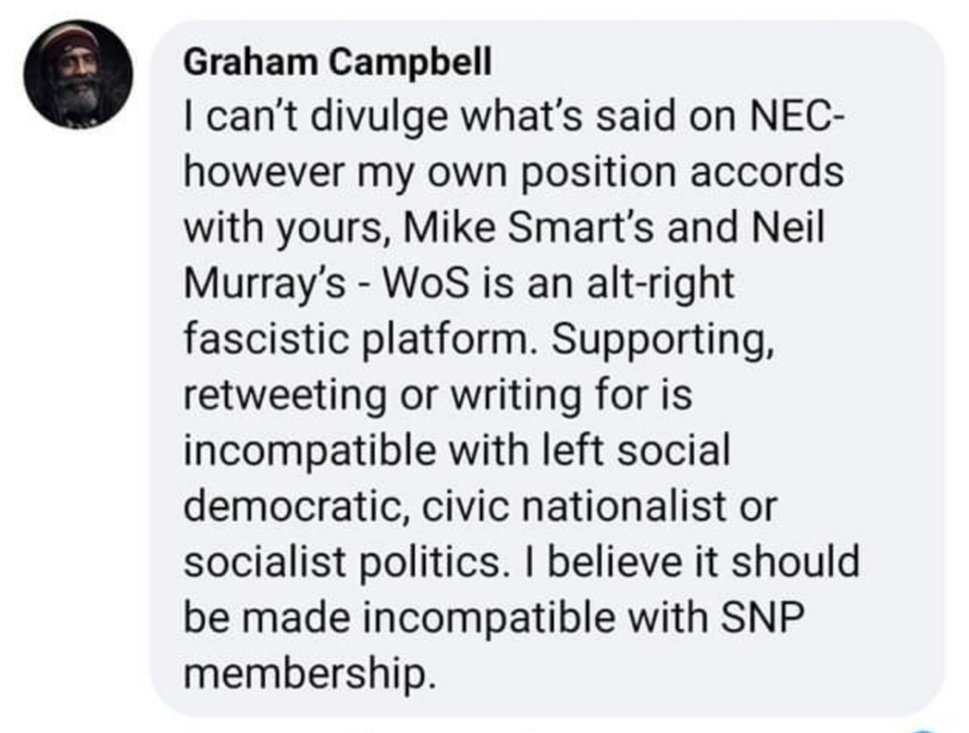 (Even though they seemingly can’t take their own advice, as we’re still by far the most viewed blog within the corridors of the Scottish Government itself.)

And that’s on top of all the usual frothing, hysterical condemnations from the Unionist press and the agents employed therein. We’ve never seen Game Of Thrones, but this quote from it seems apt. 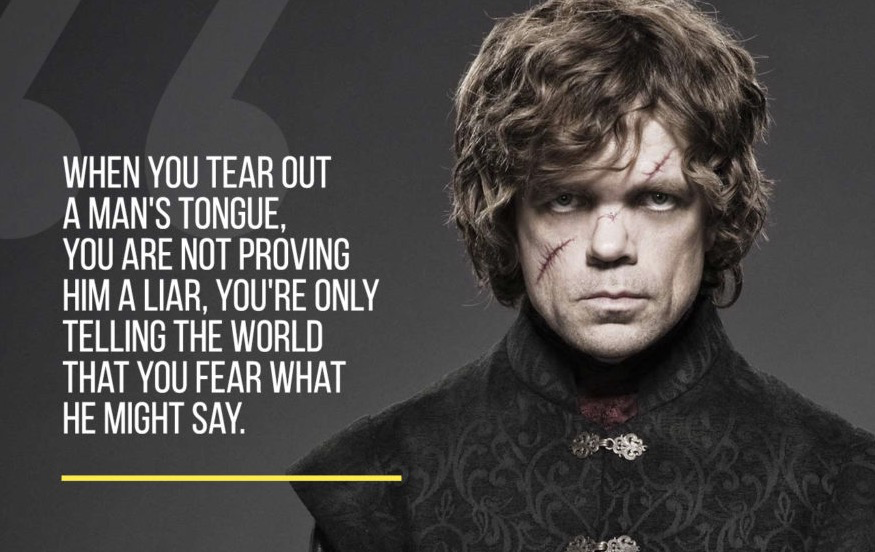 And yet it makes no difference. Readers still seek out Wings in their hundreds of thousands, vastly outstripping the audience of any other Scottish political blog (indeed, of every other Scottish political blog put together, by multiples), because they know that while they might not always want to hear what we say, it’ll always be the truth, and backed up as ever by linked sources. 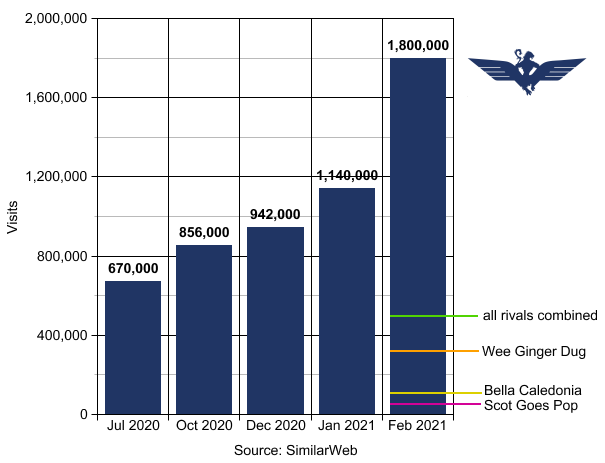 (Despite the increasingly viciously hostile environment for truth in Scotland.) 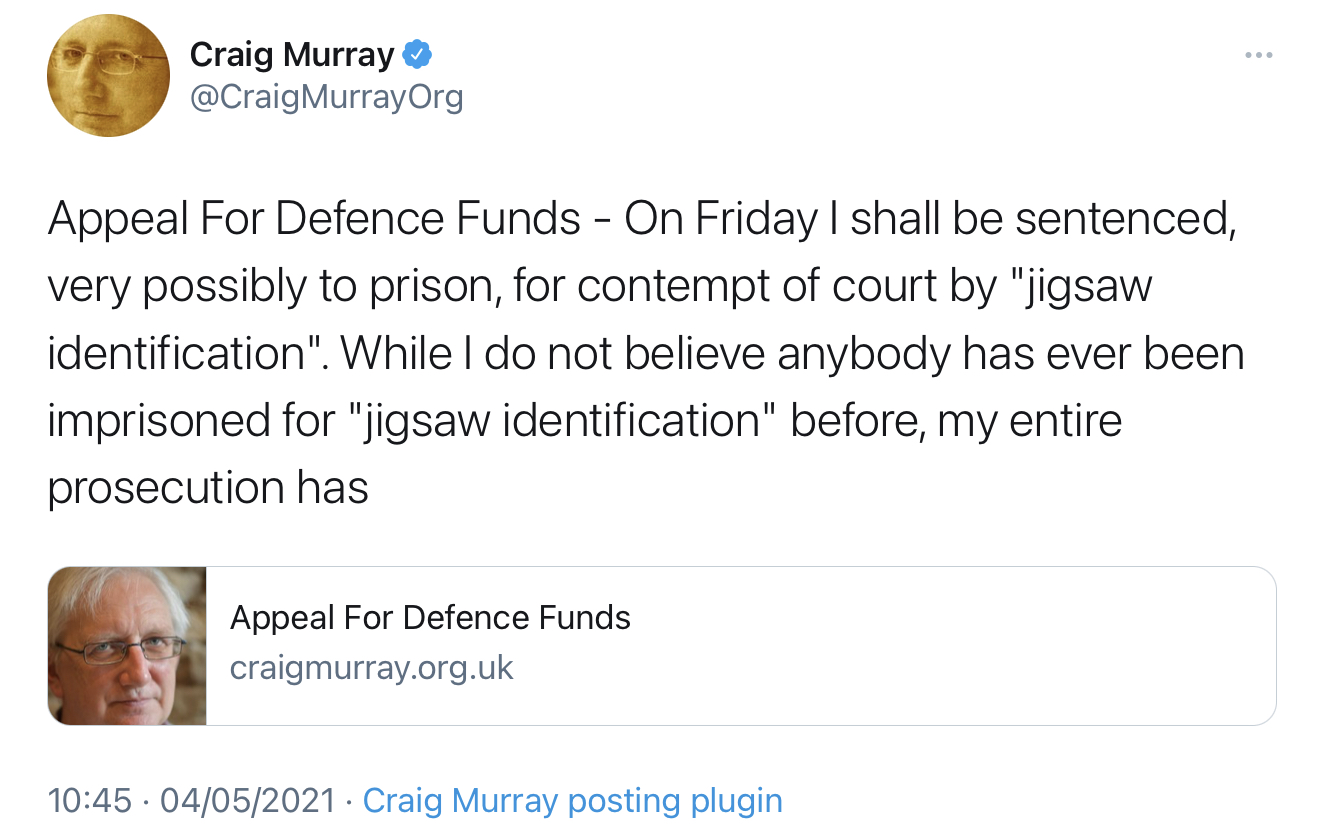 In a world of fake news, open lies and toe-curling Pollyanna fan-service garbage, it’s good to know some people still care about that. And it’s revealing that the SNP now seem to fear Wings just as much as the Unionists do. Because your enemies only try to silence you when they can’t refute what you say.